Friends of the .04 Trolley

Car No..04 was built in 1911 by the Woeber Car Company, a prominent Denver carbuilder for the Denver & Intermountain Railway (D&IM) and was originally their CAr No. 11. Following the Denver City Tramway Company’s acquisition of the Globeville and Barnum lines, four streetcars were ordered from the Woeber Carriage Company and painted a brownish green color to match the existing running streetcars. Car No.11 ran on the Barnum Line, which was route 71. In 1922, it was decided to convert the Globeville and Barnum lines from (4'81/2") standard gauge to (3'.6") narrow gauge to provide a system-wide consistency. 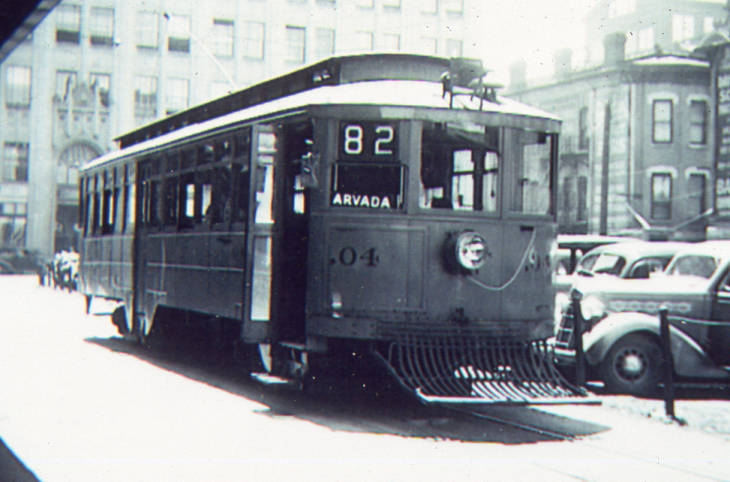 However, the D&IM Golden interurban line would need to remain standard gauge to accommodate freight and passenger service. From downtown to Barnum Junction, a third rail was installed inside the standard gauge track to create dual gauge tracks. From Barnum Junction to Barnum, the line was converted to narrow gauge matching the rest of the system and renamed Route No. 75. Once the Globeville line was also converted, the four streetcars that had been running on the standard gauge were sent to the Tramway’s Broadway Shops to have narrow gauge trucks installed. There the cars were refurbished, repainted, set up for one-man operation and renumbered .04-.07.  (No .07 was wrecked in a collision with another train during 1943 and replaced by the 130.)

The standard gauge interurban cars were kept as integers and the four converted narrow gauge cars became decimals. Car No. 11 became Car No. .04 which was returned to service on April 29,1924. During its conversion, the middle entrance was narrowed and another window bay added. Now both doors were equal in size. The front door was the entrance, while the middle door was for exiting. Car No. 04 began running on Routes 81 and 82. 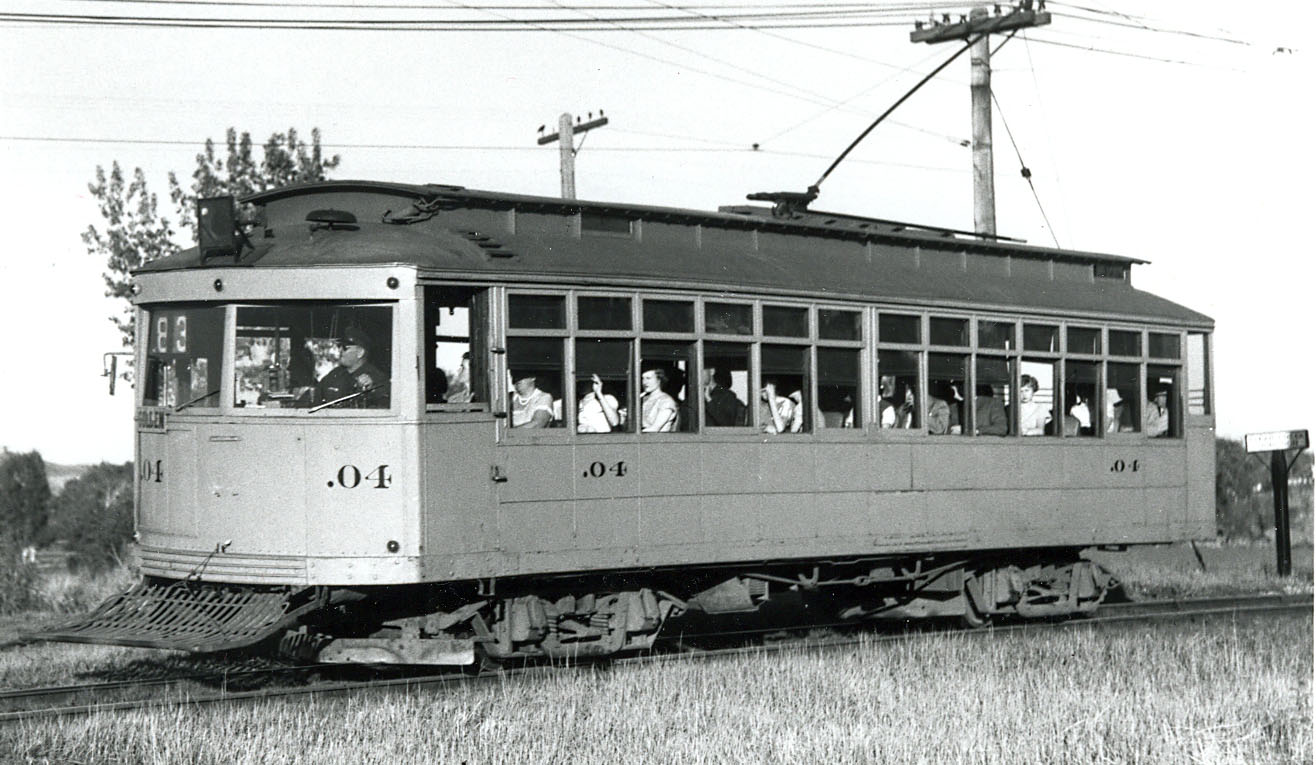 By the early 1940s, metal panels were installed over the exterior wood paneling. The bright chrome yellow color was chosen to improve the visibility of the streetcars as the number of individual motorists on the road had increased. By 1950, all but six streetcars, including Car No. .04, had stopped running. July 3,1950 was Car No. .04’s last run. After the streetcar service was abandoned, many were sold for $50-$100 after the Denver Tramway Company removed and salvaged equipment and metal components from the cars. Streetcar No. .04 was purchase by a person who relocated it to a site near Rollinsville where it was allegedly used as a cabin. 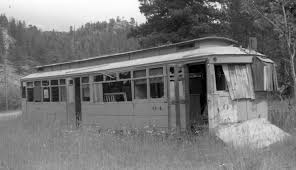 The streetcar was then acquired by Jack Forney and relocated to the rear side of the Forney Museum’s previous location at 1416 Platte Street in Denver. Wally and Susie Weart acquired the car from Jack Forney and donated it to the Denver Rail Heritage Society prior to  Forney Museum’s move from Platte Street to its present location at 4303 Brighton Boulevard. Subsequently, History Colorado and the City of Arvada each provided a grant to restore the car. It is currently undergoing cosmetic restoration and upon completion will be displayed near Olde Town Arvada.

Back to main page